We may get paid by brands or deals, including promoted items. 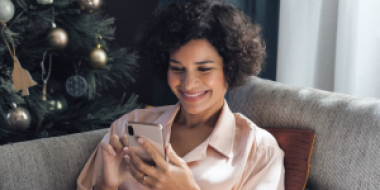 In October and December 2022, we surveyed 15,000 US Consumers about their holiday shopping plans. Then, after all the celebrations ended and the holiday decorations came down, we followed up with another short survey to see if their anticipated spending and gifting went according to plan.

While many shoppers stuck to their holiday budgets, there were plenty of exceptions.

The biggest difference in projected and actual spending was in the small budgets. Before the holidays, 14% of our survey respondents said they planned to spend between $0 to $250 on gifts. That number increased to 20% after the holidays ended. This could be due to shoppers deciding against expensive purchases, finding unexpected deals or sales, or they just thought they would spend more.

How much money do you plan on spending this year for holiday shopping?

The spending trends from $250 to $1,000 stayed very close to what shoppers projected, but many shoppers who planned to spend anywhere from $1,000 to $5,000 ended up spending less than they thought. For most shoppers, the holidays in 2022 turned out to be a season of saving.

If we look at the actual gifts they were buying, only a few categories stayed consistent.  Shoppers looking for toys, beauty products, apparel and footwear knew early on and purchased those items at basically the same rate they predicted in October.

Which holiday gifts will you be shopping for this year: 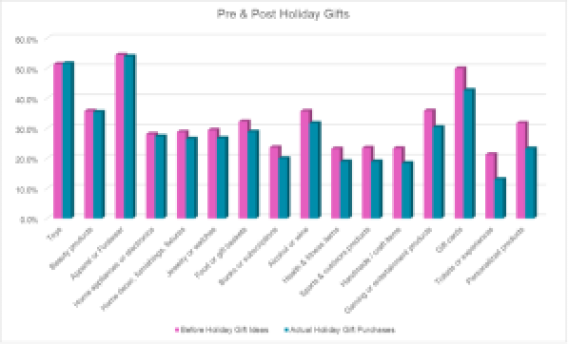 However, in every other gift category, shoppers made fewer purchases than they expected – especially aspirational gifts such as personalized products, event tickets, experiences and gift cards. Personalized gifts saw a drop of 9% and tickets/experiences dropped 8%. Whatever the reason, it seems that shoppers made fewer purchases and spent less overall than they planned to in 2022.

Welcome to Gap Deals! We are your partner in finding the best deals in town that help you save money on everyday goods.

Shake Up Your 2023 Strategy with Advanced Affiliate Tech